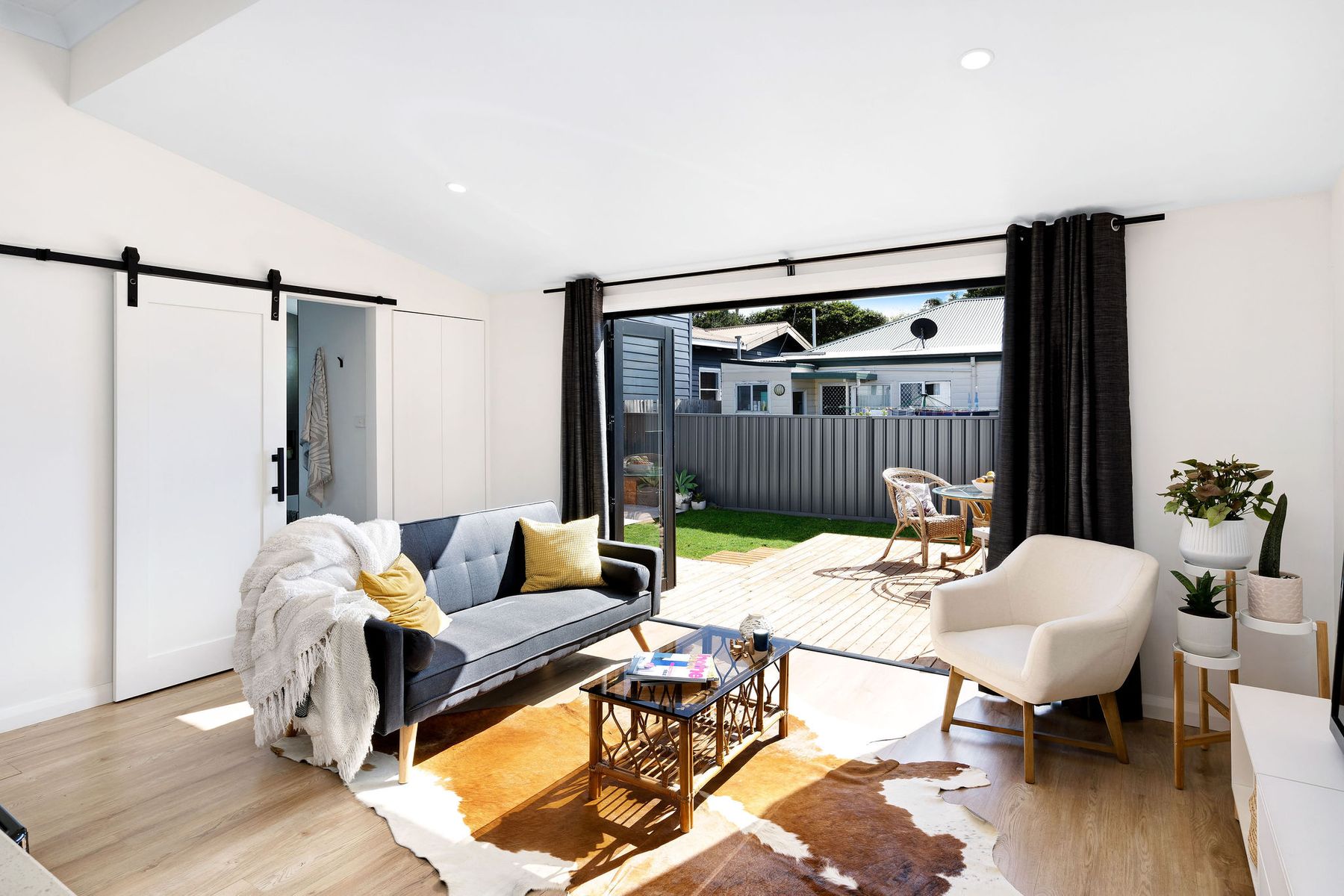 Having completely renovated her own home over several years, high school teacher Mel Collins realised she had a knack for renovating and a passion for seeing a home transformed.

We chatted to Mel about the process of finding and transforming this Hamilton fixer-upper into a dream three-bedroom home.

Finding the perfect property to flip

Mel Collins was on the hunt for her second major renovation project when Altitude agent Daniel Irwin sent her a link to 24 Bibby Street, Hamilton.

“I loved the process of renovating my previous home and was keen to do it again,” says Mel.

Having crunched the numbers and researched what properties in the area were selling for, Mel decided she needed to find a property that came in under $500,000 to make the numbers work, but there wasn’t a lot in the market at that price point.

In 24 Bibby Street, she found the classic “worst house in the best street”.

“When Dan sent it through, I really liked the location and the street it was in and the price was right.”

It proved to be the perfect find. Mel bought and renovated the property, and the before and after photos speak for themselves! 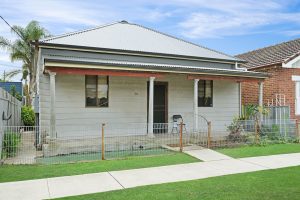 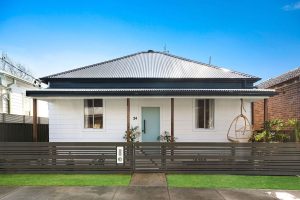 Transforming the property took about a year all up. For the most part it was a Saturdays and holiday project, with the bulk of the work taking place in the last month building up to the sale.

“The last three to four weeks before were massive – I spent most nights and weekends there.”

From her experience renovating her first home, Mel had a talented builder, handyman and landscaper on hand to help.

The renovation was extensive and it was more than cosmetic. It included some major but largely invisible elements like all new plumbing, electrical and hot water, as well as an entirely new kitchen, main bathroom and en-suite.

“The front half of the house was pretty solid. It was mostly painting, pulling up carpet, and replacing the flooring. Most of the work was out the back in the add-on. It wasn’t until we started demolition that we realised how much of the framework needed replacing.”

The old kitchen became a new bathroom while the former laundry and bathroom were transformed into an open-plan lounge and kitchen with French doors that open out onto the back deck.

The work didn’t stop there. In the backyard there was an old shed, massive cactus bushes, a palm tree and vast piles of old bricks. “We pulled everything out, levelled it, built a firepit and seating area, and put in a deck and privacy screen with a new back fence,” says Mel.

The satisfaction of a job well done

Mel’s favourite part proved to be the last couple of months, where she could finally see her vision coming to life as the finishing touches were put on each job.

Another wonderful surprise was all the fantastic help she received along the way.

“I’m so thankful for all the help I received from family and friends throughout the journey,” says Mel.

Timing to sell in a pandemic

Originally Mel had planned to sell at the end of 2020, but she brought forward her sale after Newcastle was – wrongly, as it turned out – declared a COVID-19 hotspot.

“When I bought it, I obviously had no idea 2020 would be a pandemic. I was watching the market and the news and people were saying everything was going to crash in September.”

“It was close to being ready by August and the market was better than it was at the start of lockdown, so I didn’t want to leave it too long.”

She did, however, opt not to sell at auction, as originally planned, given the uncertainty caused by the pandemic. Reassuringly, interest was strong, with around 20 parties through at the first showing.

The value of working with a great agent

“When I sold my first house, I met with five or six agents and Dan stood out as the one who was the most personable and professional, so I went with him,” Mel says. “After that, I had no second thoughts about having him as my agent again.”

“Dan was great, he came and had a look through the house a few weeks before it was finished. I had a list of questions to ask him about whether it was worth changing different elements. His knowledge and insight of what buyers are after was invaluable.”

“When the house was ready, Dan was able to line everyone up at the same time and Bryce, the photographer, was a magician. The whole process went really smoothly.

So, what’s Mel’s advice to others hoping to emulate her success?

“Research a lot. Get lots of quotes. Draw up plans. Be okay with changing those plans.”

Most of all, Mel says, enjoy the challenge!

If you’re looking to buy or sell in Newcastle contact our team today.