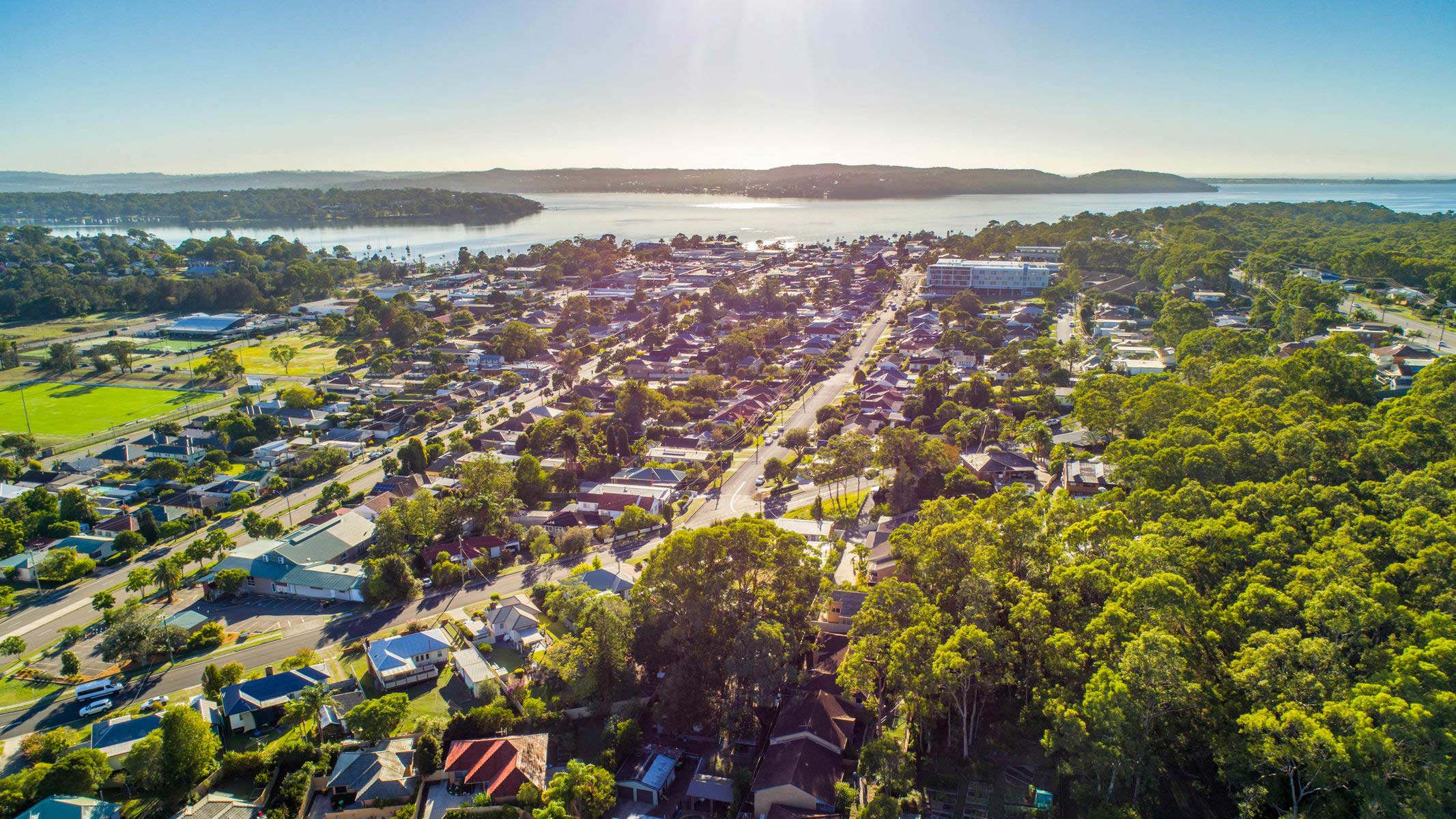 Offering the ultimate lakeside lifestyle just 28km from Newcastle and property to suit home buyers and investors alike, Toronto has something for everyone.

How it got its name

Toronto takes its name from the Canadian city. The Excelsior Company subdivided the land that is now Toronto in the 1880s, and the opening of the subdivision coincided with a visit to NSW from one Edward Hanlan. Hanlan was a world-famous sculler hailing from Toronto, Canada, and the suburb was named in his honour.

The Toronto foreshore was known as Derah-bambah, meaning rising ground, by its first inhabitants, the Awabakal people. Toronto was called Pondee, meaning overlooking view, and Toronto West was known as Toompoah, meaning place of clay.

Toronto is one of the major centres in the City of Lake Macquarie and it is the main commercial hub on the western shore of the lake. Nestled amongst neighbouring suburbs Carey Bay, Kilaben Bay, Rathmines, Blackalls Park and Awaba, Toronto’s eastern edge is the beautiful Lake Macquarie foreshore.

The Boulevard, running west from the foreshore, is Toronto’s bustling high street heart and is home to a great selection of retail outlets, including one of our Altitude offices. All three major supermarket chains have outlets in Toronto, and several hip eateries have sprung up along the foreshore in recent years.

There are three primary schools in Toronto – Toronto Public School, Biraban Public School and Toronto Adventist School – and one high school, Toronto High School. Its position as the main hub of western Lake Macquarie means Toronto has its own private hospital, as well as an ambulance station, a police station, a fire station and the Toronto Court House.

The first European settler in the area was Reverend Lancelot Threlkeld, who arrived to establish a mission in 1829. The Ebenezer Aboriginal Mission closed in 1841, but not before Threlkeld had established both a farm on the site of the current Toronto town centre and the Ebenezer Coal Works at nearby Coal Point.

By 1844 the area was home to a dairy, and in 1886 a brickworks was opened. It was around this time that the Excelsior Company undertook its subdivision of the land. In 1887 the iconic Toronto Hotel, sometimes called the birthplace of Toronto, was built. This was the same year that the name Toronto was first used for the area. The Toronto Hotel, once a popular honeymoon destination advertised as the ‘Riviera of Australia’, is now listed on the Register of the National Estate.

Toronto’s first post office opened in 1889, followed shortly after by the public school in 1890. In 1891 a tram service between Toronto and Fassifern was established. A cycleway called the Toronto Greenway was later built along the tram line.

According to realestate.com.au, Toronto’s median house price in November 2020 is $490,000, and $470,000 for units. The local market has been boosted by the sale of highly sought-after waterfront units in the heart of Toronto, and with council recently granting approval to a new 28-unit complex on Brighton Avenue, this trend looks set to continue.

With properties ranging from breathtaking waterfronts to more affordable freestanding homes away from the water, Toronto has something for everyone.

Why the locals love it

There’s nothing quite like living next to the largest coastal saltwater lake in the Southern Hemisphere. Not only is it stunningly beautiful, but it also affords residents an incredible lifestyle. Kayaking, stand up paddleboarding, sailing, jet boating, swimming and fishing – or a peaceful lakeside stroll, cafe or picnic – are all at your fingertips when you live in Toronto.

Location is everything in real estate, and Toronto has it in spades. With easy access to the M1 motorway, it’s only 90 minutes to Sydney and 30 minutes to Newcastle’s CBD. Toronto is also only a stone’s throw from Hunter Valley wineries, Watagans National Park and plenty of world-class ocean beaches.

Toronto has a lot to offer both astute property investors and home buyers looking for value and lifestyle. Over the last five years, Toronto houses have experienced a compound growth rate of 5.6% and its units 2.5%. Based on the current market conditions, that growth trend looks set to continue.

If you’re looking to buy or sell in Toronto, or the Lake Macquarie and Newcastle area, contact our team today.