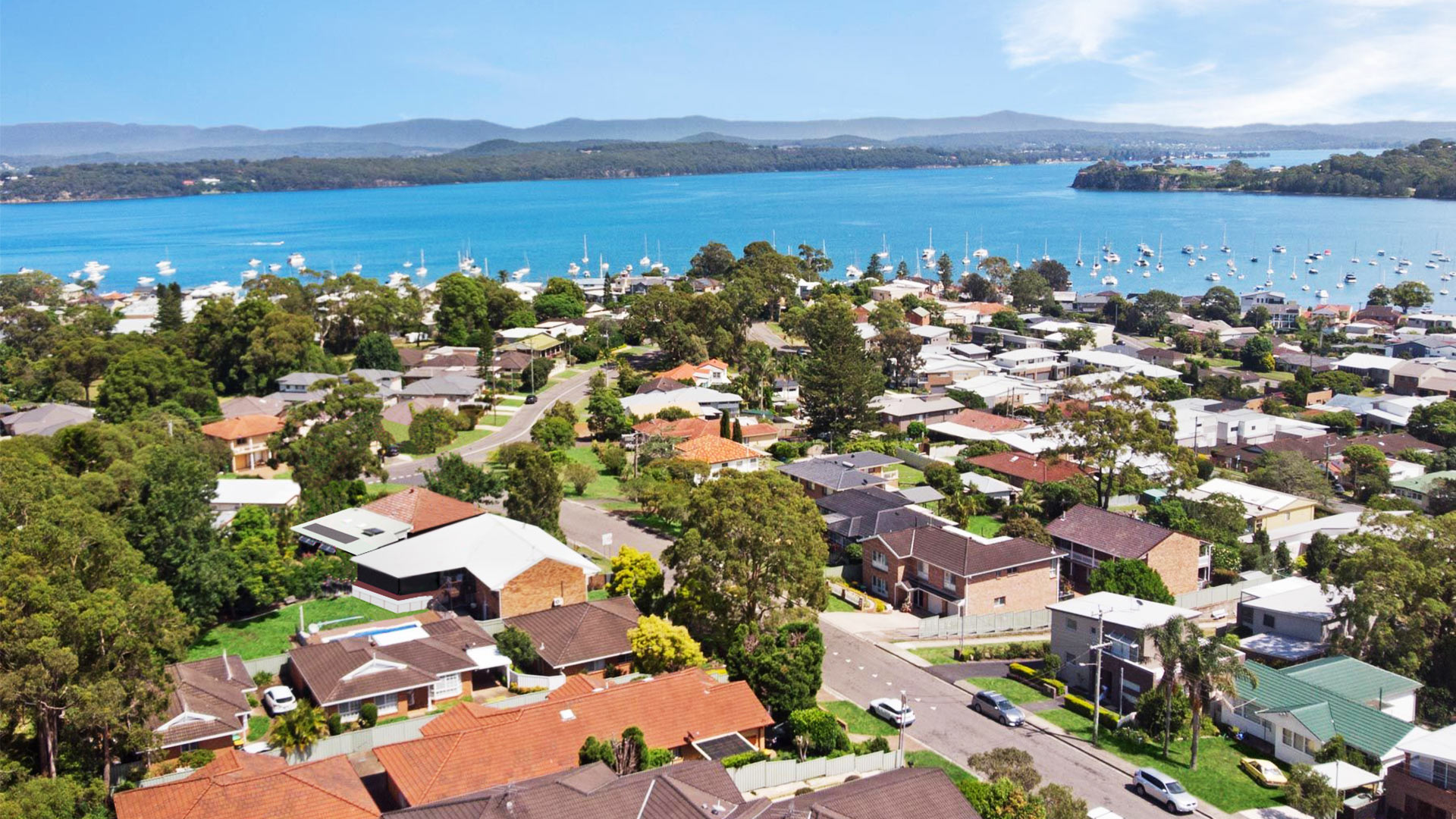 Check. Thriving nature reserve on your doorstep? Check. A family-friendly community with all the essential amenities? Check! Welcome to Valentine, a waterside suburb that’s becoming increasingly sought after by families and professionals alike. Here’s why it could be your new forever home.

How Valentine got its name

A property speculator and accountant by the name of Henry Valentine Joseph Geary owned land in the area now known as Valentine way back in the early 1900s. While Geary didn’t live here – preferring instead to spend the rest of his days on the Hawkesbury River – he saw real potential in the beautiful land.

When another man, developer and entrepreneur Henry F Halloran, surveyed the Geary estate in 1916, he decided to subdivide it and put it up for sale in 1916. The suburb of Valentine was named in Geary’s honour.

Located on the stunning eastern shoreline of Lake Macquarie and right next to Belmont, Valentine is a short 20-kilometre drive from Newcastle’s city centre – close enough to the CBD but with all the attraction of laid-back, suburban living.

In the 2016 Census, only a touch over 5,500 people lived in Valentine, which makes it a close-knit community with plenty of room for growth. Most residents live in the northern sections of the suburb, with the waterfront Dilkera Avenue easily the most enviable street. The bottom-half of Valentine remains untouched thanks to the Green Point Foreshore Reserve.

The median age in Valentine is 45, with the majority of residents working as professionals, clerical and administrative workers, managers, technicians or tradies.

The first people to live in this area were the Awabakal people, the traditional owners of the Mid North Coast Region of NSW, stretching from Wollombi in the south all the way up to the Lower Hunter River near Newcastle and Lake Macquarie.

Coal mining was common near Valentine in the mid-19th century, and part of an old coal-mining site is today thriving bushland in Green Point.

In the 1860s, Thomas Croudace built the first house in the area and called it “Leighinmohr”. That home once stood close to where the Valentine Bowling Club stands today.

In 1990 the Geographical Names Board began to focus on the Lake Macquarie Council area, in their quest to define where the boundaries of particular suburbs should start and finish. With Valentine being particularly problematic, there was even talk of the suburb being renamed. But at a public meeting on 15 May 1990, the residents of Valentine voted to keep the name – and so it has stayed ever since.

According to the latest figures from realestate.com.au, the median property price for a house in Valentine is $810,000, or $545 to rent. And while not as common as free-standing homes in the area, the median price for a unit is $634,000 to buy and $495 to rent.

Once you find a home you love, you’ll want to move fast. There’s an average of 1,876 visits per listed property in Valentine – which is almost 200 more visitors than the state’s average.

And while some might consider it subjective at times, the fact that Homely ranks Valentine as the third-best suburb in the entire Hunter region (at 9.4 out of 10) certainly speaks volumes.

Why the locals love it

1. So much to explore

It might be a tucked-away treasure, but Valentine has so much to offer homebuyers. There’s Lake Macquarie to the west, Green Point Foreshore to the south, stunning Nine Mile Beach to the east, and everything you need – and more! – in Newcastle, which is just a 20-minute drive in good traffic.

Domain figures report almost two-thirds of Valentine residents are families and older couples, which makes sense when you consider the community facilities, quiet and friendly neighbourhoods, and quality schools nearby. Valentine Public School is the only primary school in the suburb, but it feeds into both Warners Bay and Belmont high schools, which are within easy driving distance. There’s a great local shopping area in Valentine, with a butcher, pharmacy, supermarket, cafes and more.

Like any suburb by the water, there are of course multimillion-dollar homes that pop up in Valentine – but these are the exception rather than the rule. In one of the dozens of quiet and trendy streets, you’ll find family-sized homes for fair prices with the attraction of a short stroll to the water. From original old fibro cottages to glam new family homes, Valentine has a wide mix of properties on offer.

If you’re looking to buy or sell in Valentine, or the Lake Macquarie and Newcastle area, contact our team today.